A tournament for the Monty Waterbury Cup, in Aiken, S.C., called to mind one of America’s greatest polo players and the evening he dined with Evelyn Nesbit. James “Monty” Waterbury was a 10-goal player and a finesse player, always composed, in perfect control of himself, his pony and his mallet. Playing with The Wanderers, he won polo’s first-ever U.S. Open in 1904.

Evelyn Nesbit was a penniless but beautiful young girl from Pennsylvania who came to New York City at the age of 16, and began modeling for portrait painters, then photographers. 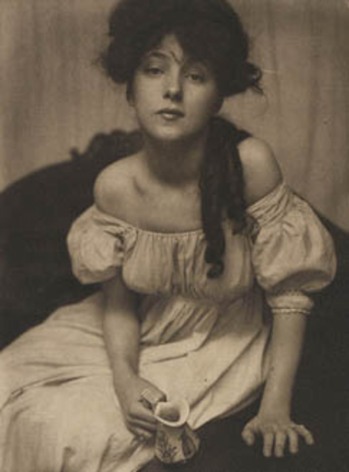 Word of her beauty spread, and she was besieged by suitors, young and handsome, old and wealthy. Among those who found Nesbit irresistible was the famed architect Stanford White. But on occasions when Evelyn sought to make White jealous (his attentions were not undivided), she would accept other invitations. In the second of her autobiographies, Prodigal Days (1934), she wrote of one such evening:

“I accepted a supper date with several young men from the Racquet Club – including Robert Collier, son of the publisher of Collier’s Weekly, and Monty Waterbury, the handsome young polo star. It took place in a private room at Rector’s, with a colored orchestra to entertain us. It was loads of fun. Young, more suited to my age than Stanford and his friends, these boys were full of the very dickens. They flattered me by competing for my attention in a gay, convivial fashion. Monty Waterbury sat me on a chair behind a screen, stood on a chair on the other side, and fed me blue points over the top.”

Nesbit eventually married a crazed and jealous millionaire named Harry K. Thaw, who, on June 25, 1906, murdered Stanford White with three shots to the face during a musical review on the roof of the old Madison Square Garden. And so Nesbit, White and Thaw entered the folklore of American crime.

Monty Waterbury, on the other hand, was destined for the Polo Hall of Fame; he is perhaps best remembered as a member of the “Big Four,” the U.S. team that posted five Westchester Cup victories over Great Britain between 1909 and 1914. In 1920, he died of a heart attack at the age of 45. Two years later, his friends and teammates played for the first Monty Waterbury Cup, at Meadow Brook, in Westbury, Long Island.

I toast his memory, and that of his beautiful dinner companion, with virtual champagne and blue point oysters. 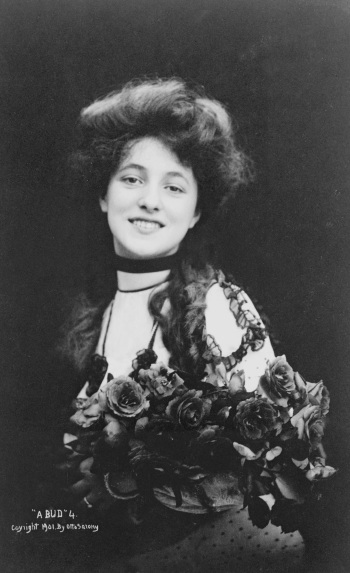 “People who shut their eyes to reality simply invite their own destruction, and anyone who insists on remaining in a state of innocence long after that innocence is dead turns himself into a monster.”

“Believe there is a great power silently working all things for good, behave yourself and never mind the rest.”

— Beatrix Potter, quoted on The Writer’s Almanac by Garrison Keillor

“I want to be an honest man and a good writer.”

I cannot remember the last time I heard something as right, as perfectly soulful as John Cadley’s The Closer I Get. It’s available on iTunes or Amazon.com as an mp3 download, or you can get it on CD at cdbaby.com.

“I teach my students that writing requires paying attention. Be attentive. Develop an attitude toward existence, an awareness. And this requires honesty. I require it of myself. But it’s a helpless thing. I have paid attention. And I’m bound to tell about what I’ve seen. When I close my eyes and remember my childhood, the memory isn’t just visual or oral. It’s three dimensional. I know where I was and how things felt and what they smelled like. It’s no great achievement of my own. Given the choice, I would have said, ‘No, thanks. Let me be a farmer.’ Sometimes it’s just too much. So I require of my students that they pay attention because that’s what’s necessary for writing. But I don’t praise myself for having paid attention.”

— Walter Wangerin speaking in “Walter Wangerin: Man of Letters” in Of Fiction and Faith (1997) edited by W. Dale Brown. Thanks to Kathy Crowther and Laurie Winship.

“I don’t like gloomy sinners, but the merry ones charm me.”

— Katherine Anne Porter in “St. Augustine and the Bullfight” (1955)

“All artists — by which I mean, of course, all good artists — are shy. They are trustees of something not entrusted to us others; they bear fragile treasure, not safe in the jostling crowd; they must ever be wary. And especially shy are those artists whose work is apart from words. A man of letters can mitigate his embarrassment among us by a certain glibness. Not so can the man who works through the medium of visual form and colour.”

“Honesty for a writer is rather different from honesty for others. Honesty, outside literature, means not lying, establishing trust through honorable conduct, absolute reliability in personal and professional dealings. In writing, honesty implies something rather different: it implies the accurate, altogether truthful reporting of feelings, for in literature only the truth is finally persuasive and persuasiveness is at the same time the measure of truth.”